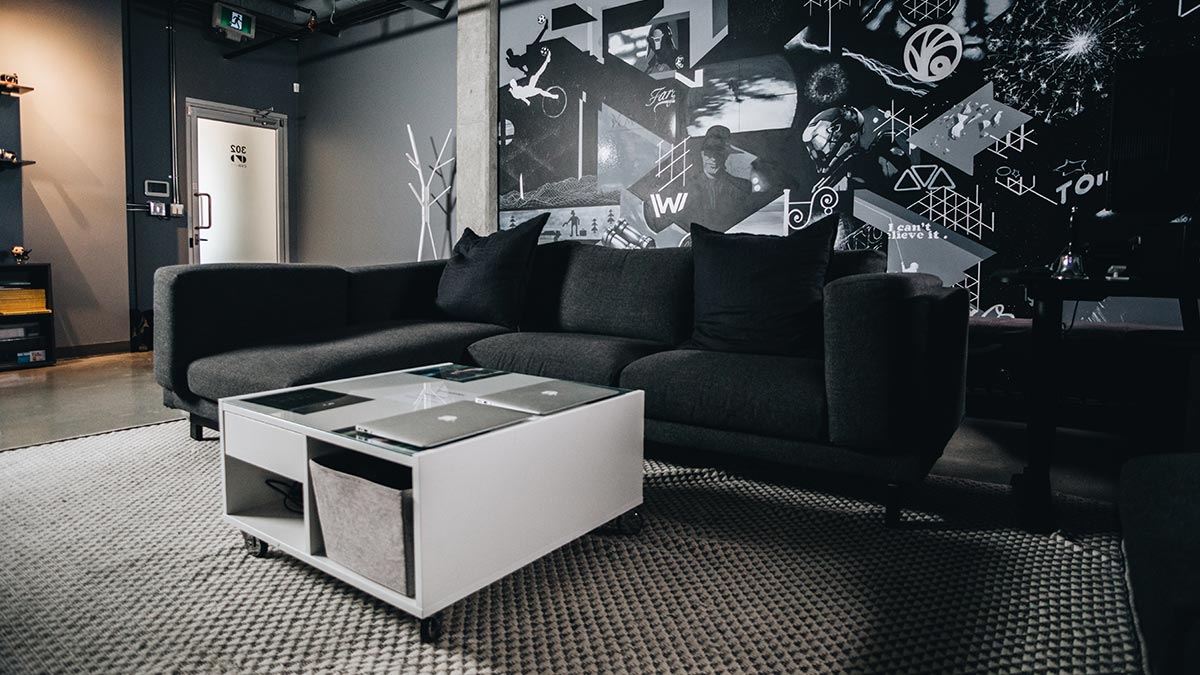 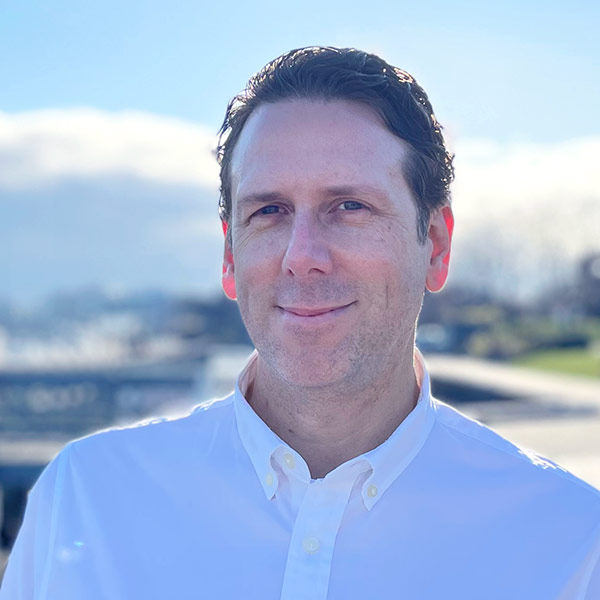 Dave is a highly regarded Senior Visual Effects Supervisor with a 25-year career and credits on over 40 features.

The Australian native got his start as a Flame Artist, advancing as a Compositor for a decade before co-founding Fuel VFX in Sydney, Australia. He spent more than 12 years at the studio building its reputation for excellence and leading teams as a VFX Supervisor on more than a dozen features including Baz Luhrmann’s Australia, Captain America: The First Avenger, Mission: Impossible – Ghost Protocol and more. After Fuel was acquired by Animal Logic in 2012, Dave carried on in his role as VFX Supervisor on the film Unbroken.

In 2015 Dave made the move to Vancouver, Canada in order to join Image Engine in the roll of VFX Supervisor on projects such as Point Break, Power Rangers, Thor: Ragnarok, and Jurassic Park: Fallen Kingdom. After completing those projects, Dave went onto the Lionsgate’s feature Kin as the show’s Overall Production VFX Supervisor.

Dave made the shift to Method studios in 2018 where he delivered over 600 shots on James Mangold’s Ford V. Ferrari for Twentieth Century Fox and The Kitchen for New Line Cinema. Dave finished the year 2020 as the show’s Production VFX Supervisor on Melissa McCarthy and Octavia Spencer’s film Thunder Force, for Netflix.

In January 2021, Dave set off to join Crafty Apes Vancouver as their new Head of Studio and Senior Visual Effects Supervisor.

Dave is a member of the Visual Effects Society and was formerly a Board Member of its Australian chapter. 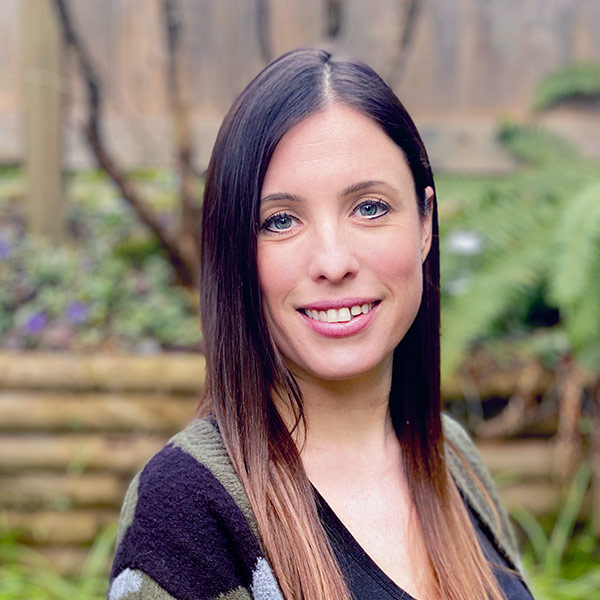 Tara got her start in the film industry in 2003, joining Rainmaker’s Post Production team as a Scanner Assistant, and quickly jumped into the role of VFX Coordinator. After 4 years in the VFX industry she rose through the ranks becoming a VFX Producer at Zoic Studios before making the move out East to join the team at Rodeo FX. While she had started in 2009 as the sole Producer with a team of only 15 people, by the time of her departure the once small local French company, had become a world class facility, with offices in Montreal, Quebec City, and Los Angeles and over 300 employees. Tara had the opportunity to work on such blockbuster shows such as Game Of Thrones, Pacific Rim, and Immortals. In 2016 Tara returned home to the West Coast, after being head-hunted by Image Engine. She joined their team in the role of Senior Visual Effects Producer, and over the course of three years was credited on shows such as Spiderman Far From Home, John Wick 3, Thor, and Jurassic World. Tara joined CVD VFX in July 2019 in the role of Head Of Production. She brings with her a proven track record in leadership, and strong relationships she has built within the industry. Her calm and personable approach has been a great addition in guiding our team as we formed the Vancouver footprint of Crafty Apes. 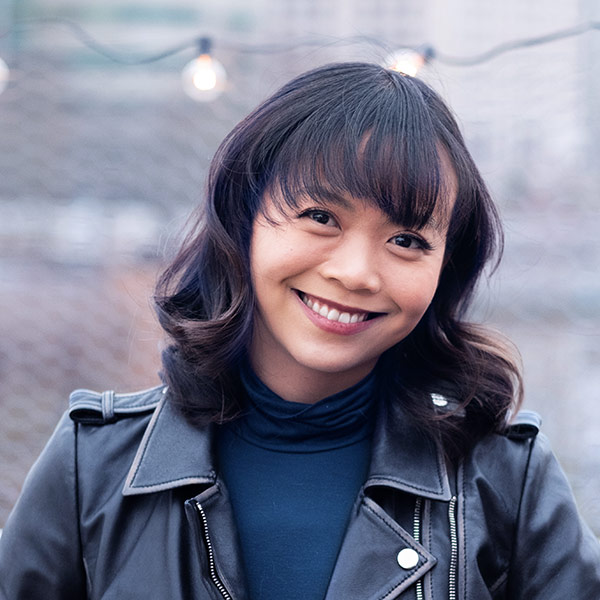 After a childhood of bouncing between Singapore to UK to California to Singapore, Michelle settled in Vancouver, BC. She attended Simon Fraser University earning a BFA in Film Production while also working on production shoots around the city where she tried every role from PA to SPFX assist. Realizing that physical strength was not one of her fortes, she transferred her production skills into VFX where she honed her jokes and management skills on movies that her stoic father had actually heard of. Michelle joined CVD VFX in 2016 when the studio was in its infancy – with a team of six and a fresh Shotgun site still set to default. With a keen focus on efficient production workflows, Michelle evolved to be the Producer and Bidding Producer of Crafty Apes Vancouver. Philip Nussbaumer, recently a Visual Effects Supervisor at Crafty Apes, has over 15 years of experience in the industry, covering a diverse range of productions from Prime Time Television to Feature Films, Commercials, and Special Venue Projects.

Philip started his career in Digital Media in 1998 as an Art Director and Media Producer, where he worked for clients such as Mercedes, Porsche, Volkswagen, Bertelsmann Group and many more.

Following his interest in technology and his love for Film, Philip joined Pixomondo in 2001 where he transitioned to a Digital Compositor and Technical Director, helped establish compositing pipelines and developed his reputation within the industry for his expertise.

While holding several key-roles such as Compositing Lead/Supervisor and Head of 2D, Philip contributed to high profile projects such as HBO’s Game of Thrones, Star Trek Into Darkness, Hugo, Red Tails, The Hunger Games and many more.

In 2016 Philip took on the role of Visual Effects Supervisor. In this role he has most recently contributed to Midway, NBC’s Debris, HBO’s Perry Mason and CBS’s Star Trek Discovery. He was nominated for a VES Award in 2018 for his work on AMC’s Fear the Walking Dead.

Philip is a member of the Academy of Television Arts & Sciences since 2019 and the Visual Effects Society since 2012. He is currently based in Vancouver. Born and raised in Vancouver, Rebecca got her foot in the door as a Runner at MPC in 2014. She quickly escalated into the role of VFX Coordinator on Furious 7 – a dream come true as Fast & Furious has always been her favorite action franchise. She joined ILM as Senior Coordinator on Star Wars: The Last Jedi and then subsequently made the move over to Method Studios as Production Manager on multiple features and episodics including The Boys, Raising Dion and The New Mutants. She was then recruited by Digital Domain to manage multiple episodes on WandaVision before joining the Vancouver Crafty Apes team as VFX Producer. In her spare time, Rebecca loves running the seawall and hitting up the best cocktails at happy hour – usually in that order. A BC native, Emily made the move to Vancouver to attend Vancouver Film School for Entertainment Business Management. After completion of her program, she landed her first VFX role as a PA at MPC in 2015, two years later she would move on to join Method Studios as a VFX Production Coordinator.

As VFX Coordinator, Emily worked on titles such as Guardians of the Galaxy:Vol 2, Justice League, Deadpool 2 and Godzilla: King of Monsters, before being promoted to a Production Manager for project such as Ford v. Ferrari. Emily is excited to join the Crafty Apes family as a VFX Producer.

In her free time, you can find Emily playing at parks or beaches with her trusted sidekick (dog) Loki, or out discovering new culinary delights the city has to offer. 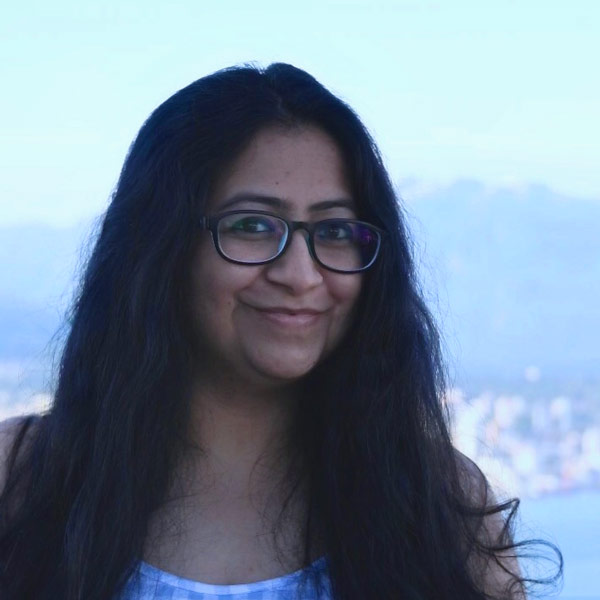 Raised in a small town – Ranchi (India), Neh was artistically inclined since childhood. After school, her travel to Venezuela, introduced her to the world of Graphics & Animation. She brought her love for CG, travel & people back home and started work as a Production Coord at Rhythm & Hues studios in 2008. Training prod teams in Malaysia & working on films like Night at the Museum, Life of Pi, Snow White to name a few. In 2014, she moved to Singapore to join DNEG as a Line Producer working on film franchises that she had grown up watching – James Bond, Mission Impossible, Ant-Man.

With more exposure she refined her skills, and realized that producing amazing visuals & scheduling was her jam! Shortly after, she was head-hunted by ILM where she stepped into the role of an Associate Production Manager; on The Great Wall & Ready Player One.

In 2017 she relocated to Vancouver for a short term project at MPC. Then re-joined DNEG on shows like Men In Black, Ghostbusters: Afterlife.

At present she has found the perfect work-life balance at Crafty Apes. She believes that “Happy artists produce stunning visuals”.

When Neh isn’t working, she loves to take her daughter, Nessa, for ice-cream (& wine for herself) ! This is one of those desserts that looks fancier than it is (especially if you take a little time with the pear arranging), which I think is often what you want on Thanksgiving: something impressive that’s not going to kill you. It’s also great at room temperature, so you don’t need to stress about any last-minute timing.

This recipe is by Mark Bittman

Heat oven to 350 degrees. Melt 3 tablespoons butter in a small pan over medium heat; add maple syrup and brown sugar and cook, stirring, until sugar dissolves. Bring to a boil and cook for another 2 minutes; remove from heat and set aside. When mixture has cooled a bit, pour it into a 9-inch baking pan and arrange pear slices in an overlapping circle on top.

With a handheld or standing mixer, beat remaining 8 tablespoons butter and the sugar until light and fluffy. Add vanilla and eggs, one egg at a time, continuing to mix until smooth. In a separate bowl, combine flour, baking powder and salt.

Add flour mixture to butter mixture in three batches, alternating with milk; do not overmix. Carefully spread batter over pears, using a spatula to make sure it is evenly distributed. Bake until top of cake is golden brown and edges begin to pull away from sides of pan, about 45 to 50 minutes; a toothpick inserted into center should come out clean. Let cake cool for 5 minutes.

Run a knife around edge of pan; put a plate on top of cake and carefully flip it so plate is on bottom and pan is on top. Serve warm or at room temperature.